A photographer recalls her involvement in Detroit’s activist movement of the 60s and 70s.

“I decided to become an artist on November 1, 1964, the day I joined the Detroit Artists Workshop and adopted its philosophy, which has guided me the rest of my life. The philosophy says it doesn’t matter what kind of job you need to hold to keep bread on the table – if you think of yourself as an artist in your heart, you know you are far more than that job and no one can take away your dignity and your sense of purpose in life.”
Leni Sinclair
Kresge Monograph, published 11/2016

From the Director of Parducci, the Man Who Made Detroit Beautiful

Leni Sinclair’s photographs are a chronicle her life, her experiences, and the objective eye she has used to see the world.  Whether it’s the MC5 defiantly thrusting instruments and rifles into the air, John Coltrane improvising his routine, or Prince about to explode in dance she catches the rhythm and energy of a situation.

"She has this great picture of John Coltrane, it's the one time I saw him play... she captured that concert which was a musical turning point for me." ~Don Was

"She didn't have a studio; the city of Detroit was her studio." ~Harvey K. Ovshinsky

"We didn't want to lead a boring life." ~Peter Werbe

"There's no separation of art and politics when it comes to Leni Sinclair." ~Herb Boyd

Thanks to our partners 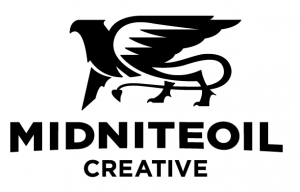 © 1959-2019 Black & white images — Leni Sinclair. All rights reserved. No image or portion of an image may be copied without written permission from Leni Sinclair.